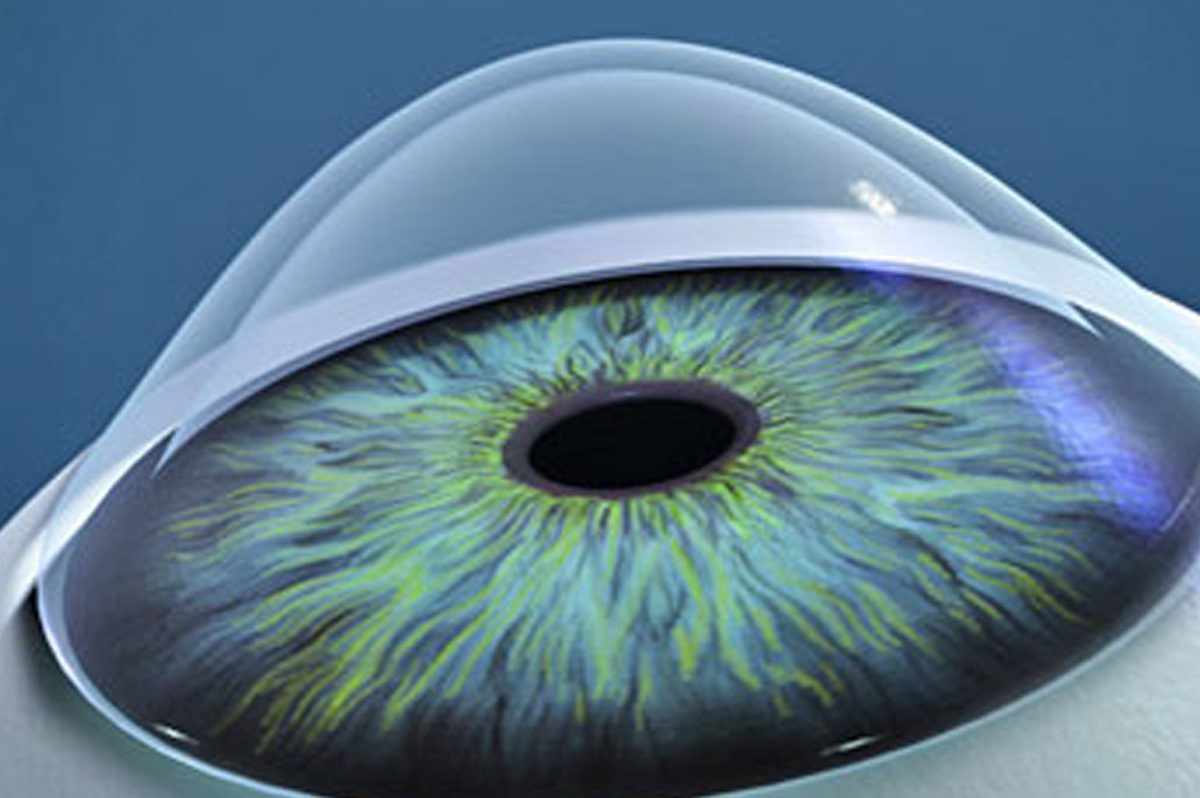 Keratoconus is a degenerative disease of the eyeball, which is characterized by thinning and a deformation of the cornea, which will take the form of a cone. The cornea has an essential role in the vision mechanism, because it is the first medium through which the light rays pass into our eyes. The lack of uniformity deviates the rays, and the vision will be distorted.

The disease can affect one or both eyes, 1 out of 1,000 people, and generally begins in adolescence or after the age of 20. The causes are still unknown. Studies have shown, however, that a combination of environmental factors (such as excessive eye friction, allergies), some genetic diseases (such as Down Syndrome, Marfan Syndrome or Ehlers-Danlos syndrome) and the lack of important anchoring fibers that stabilize structurally cornea, may lead to keratoconus.

Early signs of keratoconus are blurred vision and the need for frequent changes in dioptria. Other symptoms include: increased sensitivity to light, difficulty in driving the night, halos and reflections especially at night, eye fatigue, headaches. In more serious cases, sight can not be corrected with glasses or soft contact lenses. Astigmatism is often present.

For most keratoconus patients, the basic treatment is optic correction with rigid contact lenses. They do not take the shape of the cornea like soft contact lenses and allow the light rays to project in a clearer way on the retina. The result is regaining visual acuity and slowing the progression of the disease.

Very useful is the corneal crosslinking, indicated to slow or stop progression of the disease. It is a non-invasive procedure involving eye drops of riboflavin and vitamin B2 and corneal exposure for 15-30 minutes to UV-A rays. The treatment induces natural collagen linkages in the corneal fibers to prevent them from becoming weak. This phenomenon also occurs naturally with the aging of the cornea, but treatment accelerates this process and intensifies it.

Since there are no specific manifestations of the disease and all the symptoms presented may be associated with other ocular problems, regular ophthalmologic controls are recommended for a correct diagnosis.

Our advice: Do not let the keratoconus progress to the final stage! Due to the high corneal thinness, surgical intervention becomes more complicated, the longer healing time, the slower the recovery of visual acuity.

By intervening in the initial phases visual acuity is rehabilitated up to 98%, while avoiding the possibility of getting into the acute phase of keratoconus, where there is a risk of losing the eye as an organ. 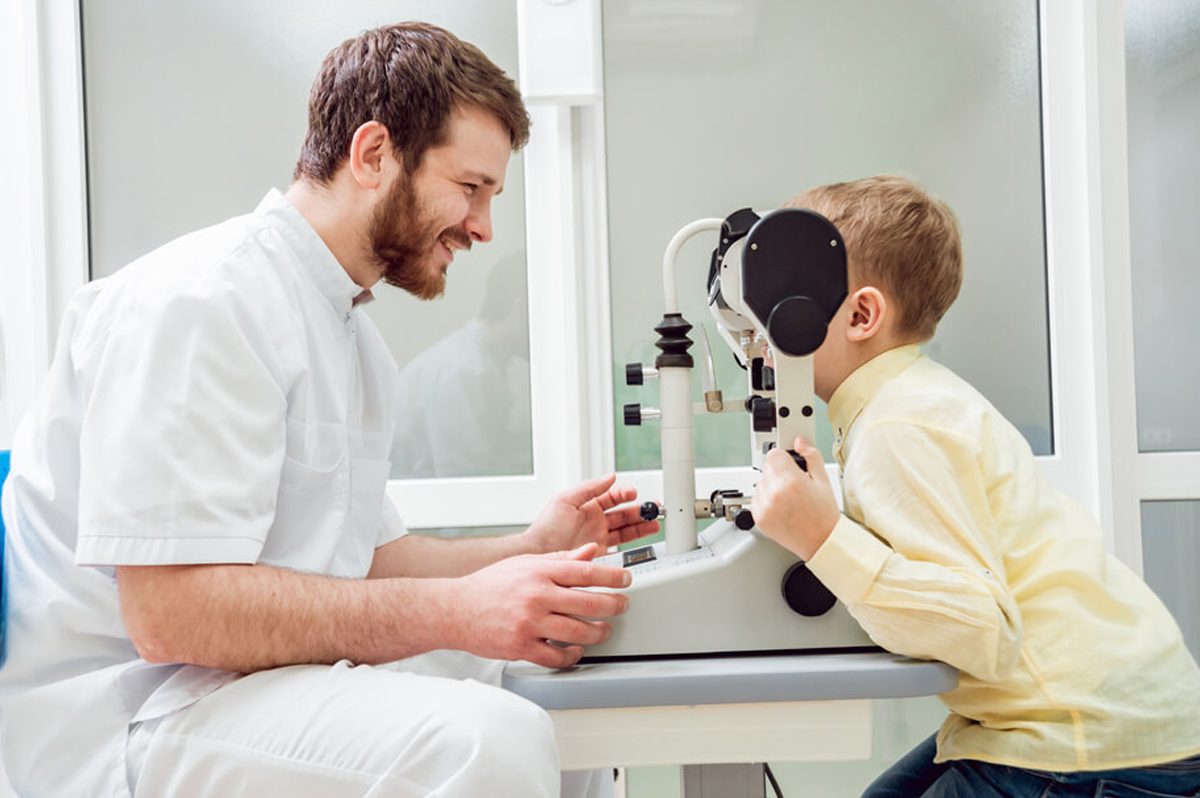 Strabismus is an ocular disorder in which there is a deviation of an eye axis relative to the other. Most often it occurs in childhood, popular with the name of “cross-eyed”. This usually involves a lack of coordination between extraocular muscles that does not allow the focusing of both eyes at the same point in space and prevents good binocular vision. It may appear in one eye or both eyes.

Proper eye alignment is important to avoid double vision, correct depth perception, or to prevent eye sight loss. When the eyes are not aligned, the brain receives two different images. The weaker eye ceases after a while to send signals to the brain, resulting in amblyopia or lazy eyes.

Six muscles are responsible for controlling each eye. Ideally, the eyes work together to look in the same direction. When motion control problems occur, one of the eyes may move towards the nose, the tempus, the up or down. This eye movement may always occur, or only when the baby is tired, sick, if he or she has been focused on reading or computer for a long time. Sometimes only one eye “runs away”, sometimes it can alternate.

Strabismus can be caused by problems of the muscles, nerve-transmitting muscles, or the control center in the brain responsible for eye movements. It may also develop as a result of illness or trauma. Risk factors may include family history, vision problems involving large diopters for correction, or medical issues.

Children with strabismus can easily be diagnosed only by simply observing the position of the eyeball. Strabismus can occur in the first months after birth, in which case it is congenital, or around the age of 3, due to a large uncorrected hypermetropia.

Treatment of strabismus should be started as soon as possible after diagnosis; the smaller the child, the better the chances of this affection being corrected. Treatment may include eyeglass wearing, the use of occlusion, medical treatment, eyeball exercises, botulinum toxin treatment, or surgical treatment.

Therefore, it is especially important that strabismus must be diagnosed in time so that the child’s vision develops to the maximum capacity and also in order to not affect the binocular vision. Following a thorough investigation, our optometrists will ensure that the little ones have eyes ready for school.

What do we need to know about contact lenses?

Looking at the world through contact lenses
Contact lenses are a practical and convenient option for eyeglass wearers, if they wish to give up occasionally or definitive wear of glasses. Millions of people are wearing contact lenses, despite the fact that we often do not realize this. Depending on our lifestyle, occupation, or hobbies, we each have unique requirements for our vision, and contact lenses are adapted to them.

What is actually a contact lens?
It is a thin, curved lens that sits on the surface of the eye in front of the cornea. The lens is usually transparent, but often has a discreet blue color to make it easier to handle. Today’s contact lenses are either tough or soft. Most carriers choose soft lenses because they are more comfortable and easier to maintain.

Typically, contact lenses are a mean of correcting vision, but there are contact lenses that are purely cosmetic. These lenses are colored and can improve or change the hue of the eyes or may be special lenses used to hide certain defects of the eyeball.

Contact lenses and hygienic caree
As contact lenses apply directly on the surface of the eye, it is imperative that we have a strictly hygienic program to avoid possible complications. Thus, lenses should be kept in special containers, cleaned with specific disinfecting solutions, replaced according to the manufacturer’s pre-set schedule, and most importantly, we must have proper hand hygiene when handling the lenses.

The contact lenses are of several types, so our specialists await you at Best Optic centers to recommend the ones best suited for you. 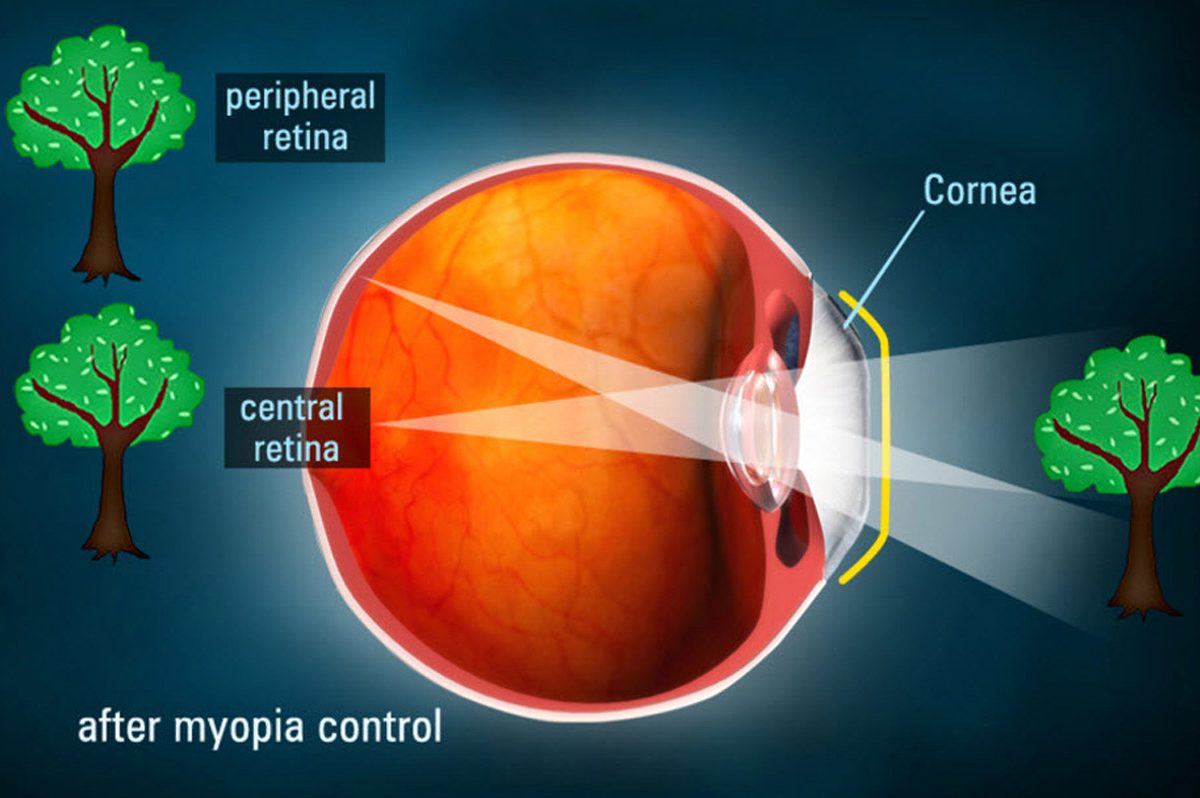 Orthokeratology is a method of night-time correction of myopia (with or without astigmatism) that results in clear vision throughout the day without the need for wearing glasses or contact lenses. This is done by wearing special Z-Night lenses, which are applied to the eyes before bedtime and taken out in the morning immediately after waking

Also, Orthokeratology also has the effect of halting or slowing the progression of myopia that is particularly effective for children and adolescents.

That is why wearing these night lenses to correct myopia is the only safe procedure, accepted by ophthalmologists, to stop the progression of myopia in children.

Modern Orthokeratology uses gas-permeable contact lenses (i.e. allow Oxygen to pass through the lens) to effectively reduce mild and moderate myopia and especially to slow the progression of myopia in children and adolescents.

The Menicon Z-Night Night Lens, carried during the night, remodel the cornea reversibly and so daytime vision is perfect.
The underlying principle in Orthokeratology:

Orthokeratology uses Z-Night contact lenses with “inverse geometry”, which leads to mild flattening of the cornea, reducing the power of focusing the eye and thus reducing myopia. Since corneal flattening can be accurately controlled, it will lead to correct image focusing and will compensate for refractive errors. After the night lenses are removed from the eye in the morning, the cornea retains its flattened shape for much of the day or for the rest of the day. The Night Lens should be used every night to maintain flattening of the cornea, otherwise myopia will return to the pre-treatment level.

Applying Menicon Night Lens on the Eye and wearing it for several hours during the night shapes the cornea through the tear film
Advantages:

• Menicon’s Z-Night Corona Modeling is a totally reversible process in contrast to laser refractive surgery
• Freedom and perfect viewing quality throughout the day without glasses or contact lenses
• Decreases dramatically or even stops the progression of myopia in children and adolescents
• No allergies, no dry eyes or dust in the eyes especially when working in front of the computer
• The eye has perfect oxygenation during the night thanks to the revolutionary Z-Night material from which the lens is produced
• It is the only Ortho-K lens in the world that allows the correction of astigmatism
• The right eye lens is pink and that for the blue left eye, so it’s easier to differentiate lenses and can be easily applied
• The effect is completely reversible when the night lens is no longer worn

The procedure was used in the early 1960s, when physicians noticed that the sight of some contact lenses had improved after wearing them. In Chinese history it was said that sandbags were placed in the eye at night in an effort to prevent myopia, although this was likely to cause glaucoma. Initially, only old fashioned materials (PMMA) were used.

Now, with the emergence of new generation polymers, computer-assisted lathes, and the technological advancement of procedures, it is possible to reduce myopia within a few days. This high tech version of Orthokeratology is known under several names. Among these are:

They can be treated by Orthokeratology because the principle of flattening the cornea is particularly effective. In fact, Orthokeratology can especially benefit children. Myopia control is used to slow down or stop the increase in the axial length of the eye, which occurs in growing children and becomes more short-lived with each year. This can result in a lower prescription, so the baby will not have to wear glasses that would be needed until he becomes a teenager.

The cornea makes about two-thirds of the total eye power concentrate light on the retina at the back of the eye.
In the case of myopia, flattening the cornea at night by wearing the Night Lens makes the vision can be restored for a period of time (about 1 day or 10-12 hours).

This improvement is temporary; therefore Menicon’s Z-Night lenses should be used at night to maintain the therapeutic effect of reducing myopia. This flattening is accomplished by compressing the outer layer of the central cornea. The flattening value is about 6 microns for. 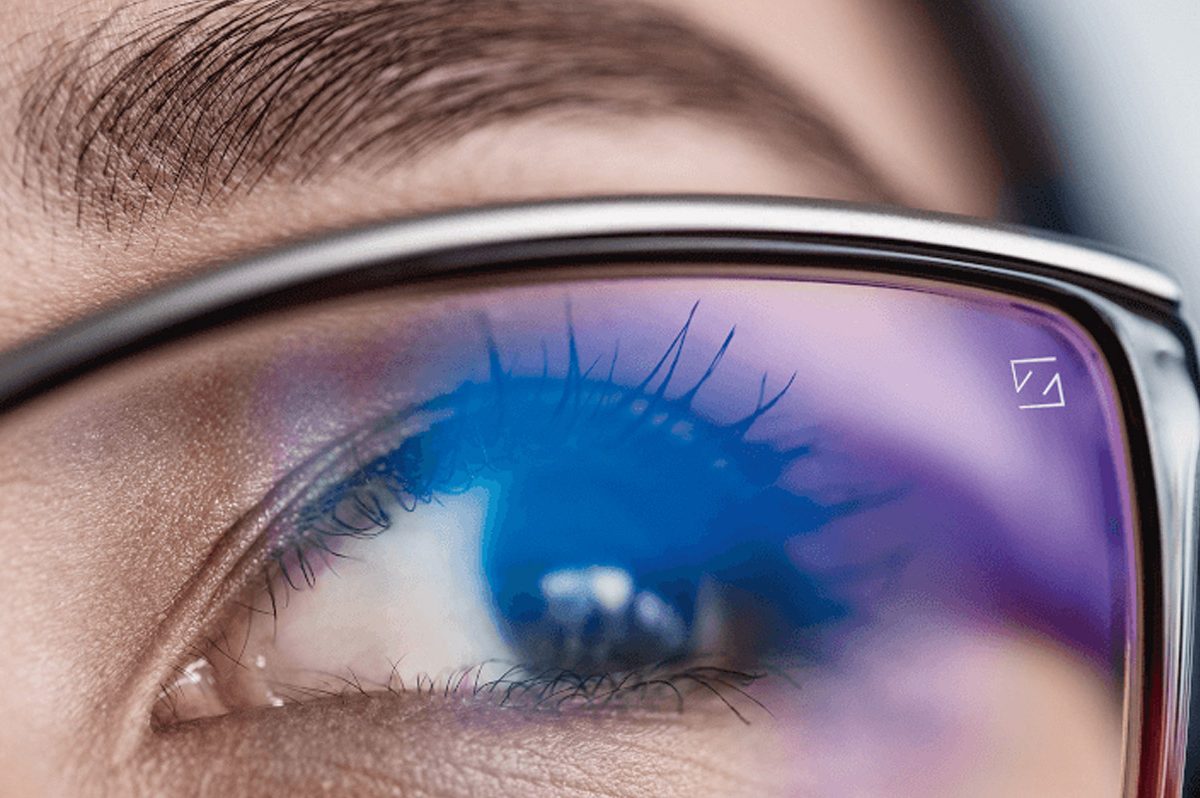 Protection from sun and shine

Clear view for near or far.

Clear view for almost as well as for far.

Lenses designed specifically for work and office for viewing at distances between 30cm and 6m.

Dirt and dampness does not adhere to the surface of the lens. Thus, the lenses are cleaned easily and quickly.

Dirt and dust do not adhere to the surface of the lens.

THE LOTUTEC TREATMENT FROM CARL ZEISS INCLUDES ALL 4 TREATMENTS IN ONE. 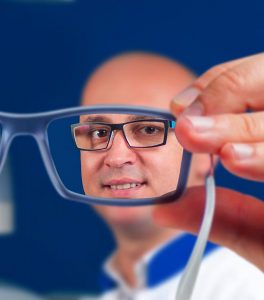 Best methods and technologies in optometry to provide you with the visual correction solution according to your needs, activities, expectations and budget.

Any cookies that may not be particularly necessary for the website to function and is used specifically to collect user personal data via analytics, ads, other embedded contents are termed as non-necessary cookies. It is mandatory to procure user consent prior to running these cookies on your website.